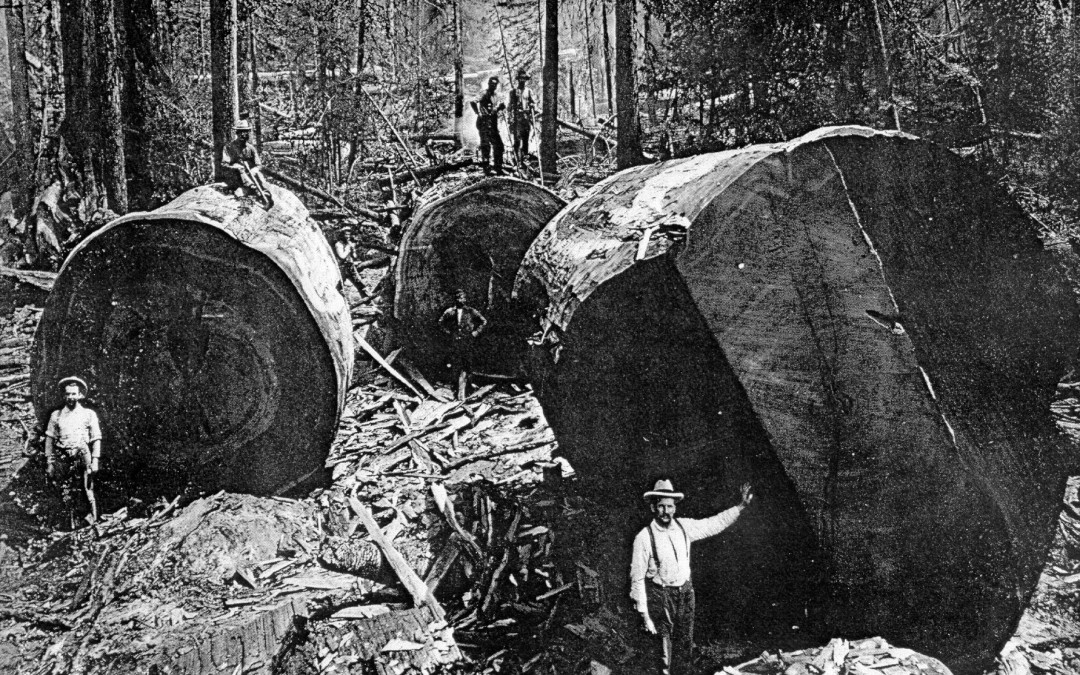 The town of Scotia is a town rich in history and character. Established in a time where everything moved just a little bit slower and timber was the currency, Scotia was a town that grew out of necessity. In the late 1880’s during a huge surge in the timber industry the Pacific Lumber Company (PALCO) chose to set up operations across the Eel River from Rio Dell in a place known at the time as Forestville.

When the first PALCO sawmill was completed in 1887, timber fellers began clearing the surrounding area that is now the heart of Scotia. PALCO went to work producing a tremendous amount of timber products for California’s housing booms. As the mill prospered and expanded, so did Scotia. By the end of the 1890’s, the town had grown to include a sawmill, shingle mill, railroad, and shop buildings, as well as a hotel, a cookhouse, a saloon, and 48 homes, all equipped with running water. There also was a company store, a creamery, and a meat market to supply the needs of the workforce.

In 1905, Simon J. Murphy purchased all the assets of PALCO and began making his contribution to the betterment of the town of Scotia. The community knows the Murphy family in Humboldt County not only for their great management and environmentally friendly forestry practices, but also for their continued service and commitment. This was a time when company-owned towns were a lot more common especially in areas such as Scotia. The Murphy family is responsible for much of what makes Scotia one of the most beautiful and historically rich towns in the nation.

Visit today and discover what Scotia Living is all about. For information on homes sales, contact Doug McCorkle, at 707-764-4383 or dmccorkle@townofscotia.com