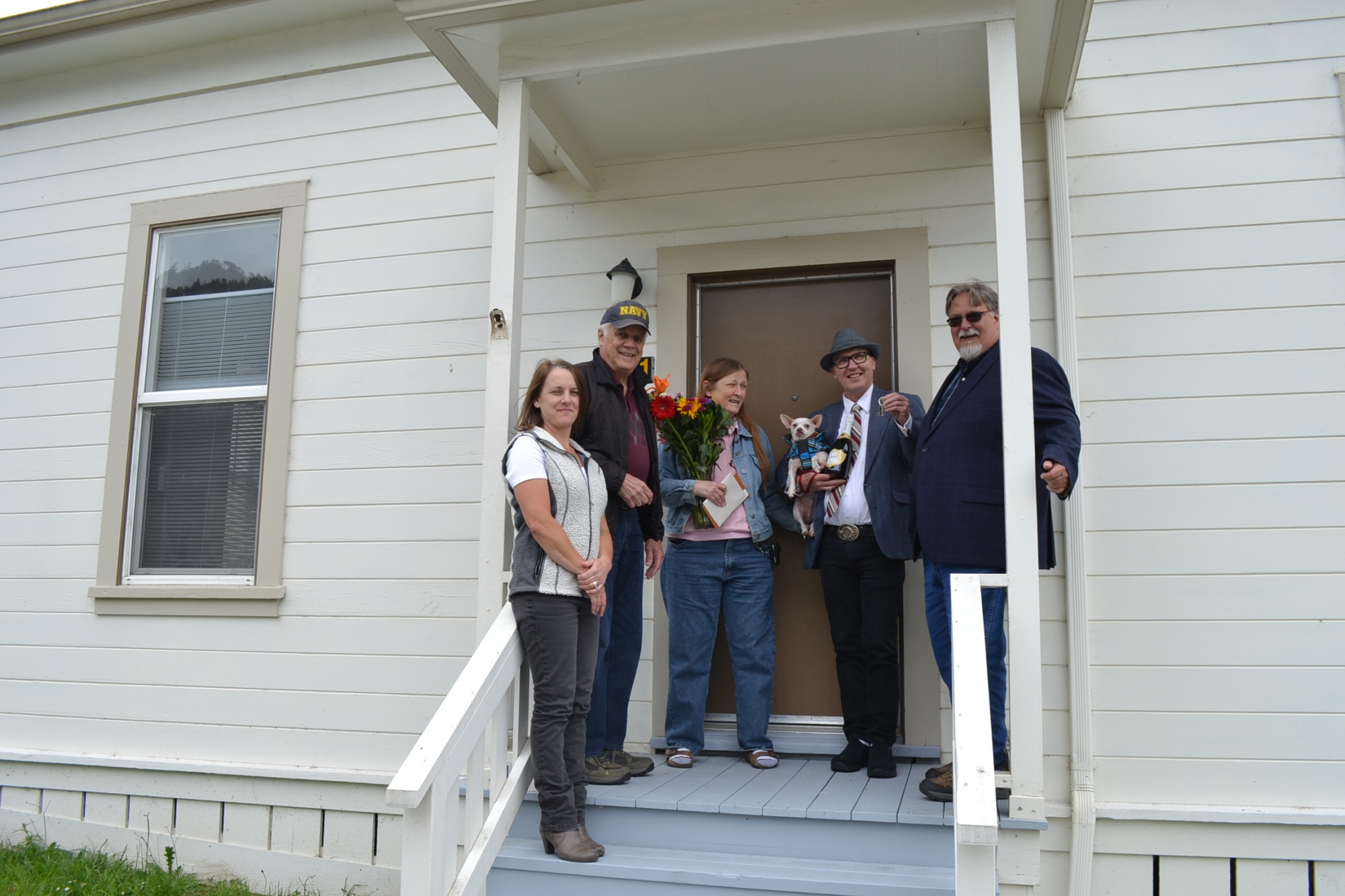 The names of the new homeowners are Dale & Karen Mensing!

“We are very excited to become homeowners in Scotia,” Karen Mensing said with a big smile, and according to Dale Mensing, “It feels like coming home in a sense.” My dad was born half a block from the house we’re going to be living in,” he said referring to the old Scotia Hospital. “My family has been in Humboldt County since at least 1900,” Dale Mensing said. “It’s great to come back home.”

“This development represents a natural evolution for Scotia, one over 140 years in the making,” said Frank Shaw Bacik, President and Director of Legal Affairs for the Town of Scotia Company. “Scotia is now irrevocably in transition,” he continued, “from an archaic corporate-owned ‘company town,’ intended foremost to house workers to staff industrial means of production, to a fully integrated, locally governed community with public utilities and private home ownership.”

Because of the unique town-wide transition process, several regulatory steps were required before deeds to individual homes and lots could be transferred from the Town of Scotia Company, LLC. to any new private homeowner.

There were many governmental conditions of approval to subdivision and sales of homes and lots, including the following:

The new Scotia Community Services District now stands in a unique position. On May 24, 2014 it received from Town of Scotia Company, in good condition and without charge, both water and wastewater treatment facilities, the recreational parks, ball fields, beaches, and community forest along the Eel River, as well as the Scotia Museum and the historic Winema Theater. These facilities will now be held and operated for the benefit of the community.

A related consumer protection disclosure document detailing these developments called a Final Public Report, was issued on June 9, 2017 for Phase 1 of the Scotia subdivision by the California Bureau of Real Estate. With this final approval in hand, home sales can now be recorded for the first time in Scotia’s long history.

Eventually all of the 270 houses in Scotia will be sold in phases over the next four to five years.